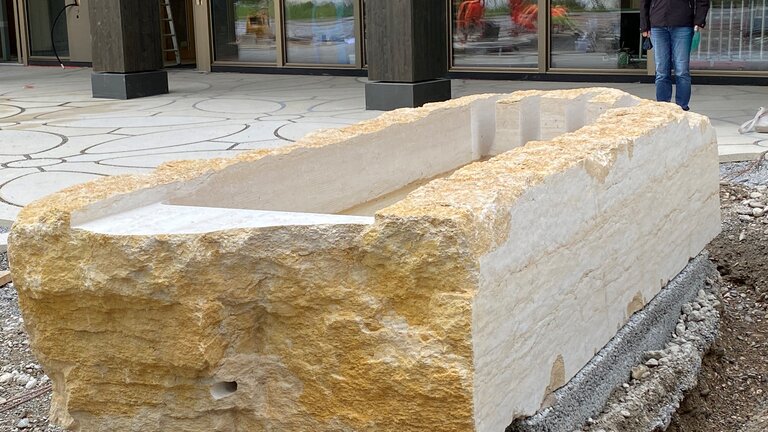 The marble fountain from the Jura

Birspark 1 has been an eye-catcher for a week now: transported from the nearby and well-known Schachental valley and placed in the right place by means of a crane, a fountain made of Jura limestone now stands at the entrance to the new main building of the EGK-Gesundheitskasse.

From Laufen into the wide world

It is said that the Dittinger quarry with its Laufen limestone is world-famous. In the Schachental - in Laufen they say "Schachlete" - the side valley between Dittinger-Rank and Laufen, natural stone has been quarried since Roman times. The shell limestone is yellowish in colour and rich in fossils. Large buildings such as the Palace of the League of Nations in Geneva, various administrative buildings in Basel and even in New York are clad with this Jura marble.

The newly placed fountain in front of the main entrance is a heavyweight: it weighs 11 to 12 tons.