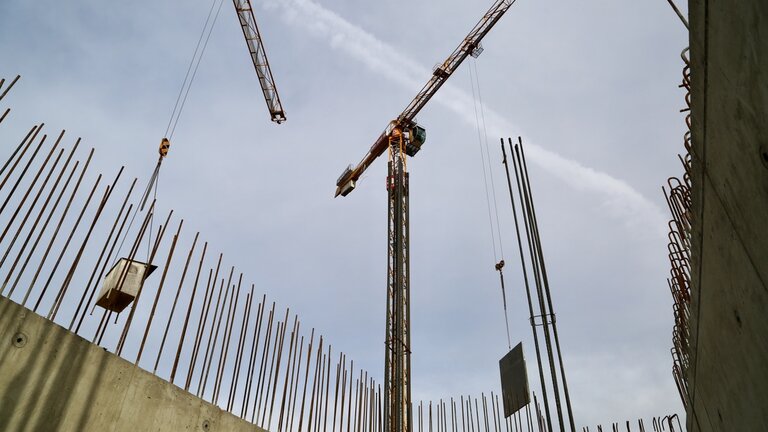 The EGK is not immune from the forces of nature either. For the first time since construction work began last autumn, work on the construction site had to be interrupted at the beginning of this week due to the storm "Sabine".

Despite the stormy weather, a lot has already happened this year. Currently, the concrete work is being carried out on the Nau: The underground car park is being built. In the coming weeks, the two concrete pillars inside the building will also grow, and the wooden construction of the floors and the building shell will later be suspended from them. Unfortunately, the concrete core could not be constructed from recycled concrete as planned - this would not be strong enough for the other superstructures. It's a pity, because EGK attaches great importance to sustainability in its new headquarters.